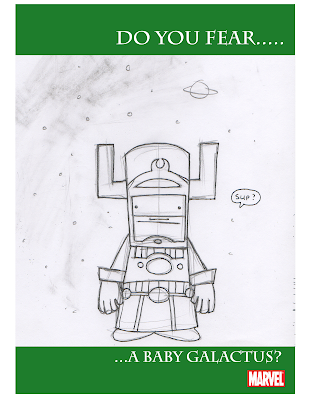 Sorry I've been sick for a few days and definitely not loving it. Despite my ailments and the large amount of soup I've consumed over the past 72 hours, I was still able to make it to the Comic Vault on Saturday for Lance Briggs' Holiday Comic Drive. I had a blast despite not being able to speak (my Yeah buddy, No buddy signs worked wonders for communication). I met some great people, great fans and got to meet the big man himself. He wasn't that scary. I just wanna say big ups to Matt Sardo for pretty much just being really awesome. And thanks to everyone who donated their old comics, you're helping a great cause.

So as I promised (although a bit late) here is the preview of the Great Sandwich Detective #5 Christmas Special, aka Toasts Of Christmas Past. I did it a bit differently this time around and did the issue in the style of a storybook. So each page is one big painting with a caption. I know, I know. I just blew your mind. Merry Christmas. 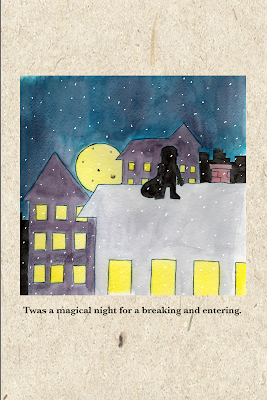 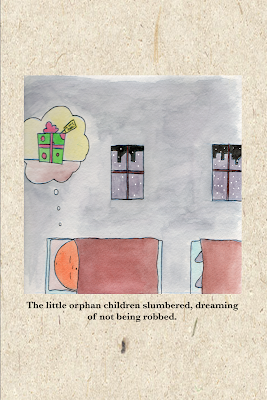 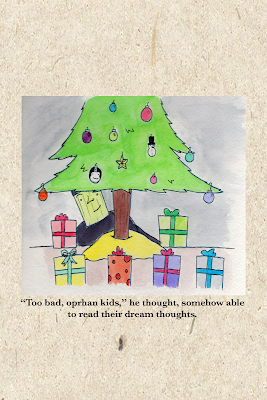 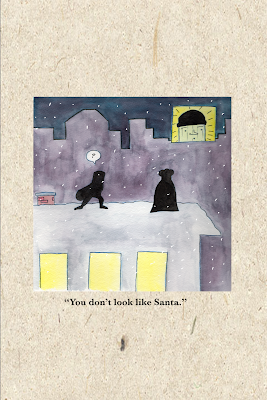 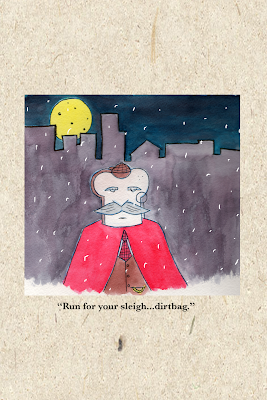 Issue #5 will be in stores December 22nd. It's 32 pages of story, 36 pages total including guest pinups by Art Baltazar and George Rizok.

And as an added Christmas bonus, I am putting the Christmas issue up for sale a week early over at IndyPlanet.com. That's right, this Wednesday, December 15th, you can order the GSD #5 a whole week early! Oh, is that not enough? Also this Wednesday, for one week only I'll also be putting the Chicago Comic-Con 2010 exclusive variant of Issue #3 up in the store as well. Everyone calm down.

In non-GSD-related news, I'll be on the artists panel again this Thursday for the December edition of Atomic Sketch at evilOlive in Wicker Park. I'll be joined by other great artists including my brother Danny. Be there.

And that should be my last event appearance of 2010. Man, what a year. But I'll wrap that up later. I'm currently working out my convention schedule for 2011 and I can already tell it's gonna be a great year. New places. New people. Also familiar places and people. All awesome. Good times. 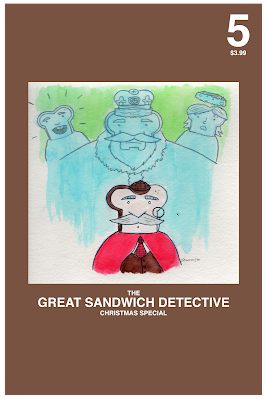 Hot off the Photoshoppes, here's the cover for The Great Sandwich Detective #5, my first Christmas special. This one is called "The Toasts Of Christmas Past" and features a take on A Christmas Carol with our hero considering retirement after failing to catch a toy thief. Of course ghosts come and talk to him. Of course. Another treat is that this is an extra long issue, clocking in at 32 pages of story & art. And possibly the best present of all? No raised prices! Save that money for other Christmas gifts. $3.99 for a 32 page book? I know, I'm just giving it away! And you think that's it? Nope. 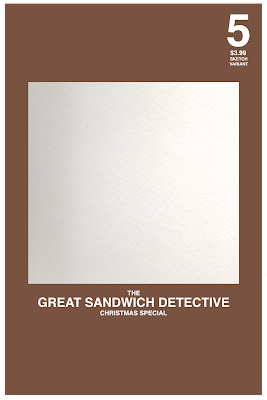 There will also be another surprise popping up on the inside as well. Who knows?

In a couple weeks I have some holiday events going on. I will be part of Chicago Bears linebacker Lance Briggs' holiday toy drive on December 11th at The Comic Vault. Lance and a buncha great local artists will be there signing and sketching and taking your comic book donations that will go to children in need and soldiers overseas. It's an awesome cause. And Atomic Sketch has invited me back to be part of their December show on the 16th. Really looking forward to it as I had a lot of fun at the November show. Come out, have a drink and see some great art. Even my brother Danny will be there drawing his art of questionable content. Fun for everyone over 21.

I guess that's it for now. Busy, busy! 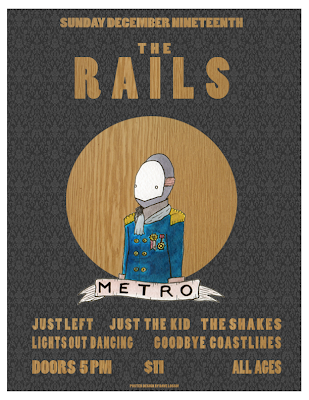 Here's a poster I did for The Rails' show at The Metro on December 19th. I'm gonna be printing some of these up on nice 100 lb. paper and the dudes will have them on sale at the show. So if you want one of these bad boys, stop by and pick one up. Some lower quality copies will probably be popping up around the city in the next couple weeks.