I'm in the process of moving over to my brand new Tumblr page. For now on I will make all posts there. Feel free to look back at the archives but I will no longer be updating this blog. See you at the new one!

www.davelosso.tumblr.com
Posted by Dave at 3:26 PM No comments:

Hey guys, sorry it's been a while. Most of my updating has been over at the Kill The Wonderhawks fan page on Facebook as well as my personal Twitter account. As you can imagine, KTWH has been keeping me really busy. On top of that, I have some creator own pitches swirling around and possibly some licensed jobs lined up as well.

Just wanted to stop by and give Drawin' Staches some love.

My next con will be Summit City Comic-Con on June 18th at the Grand Wayne Center in Ft. Wayne, IN. It's a really awesome time and the guest lineup is RIDICULOUS. I'll have books and whatnot for sale as usual and I'll be doing sketches all day (I'm also taking pre-order for full commissions). Also, from 1-1:55 PM, I'll be on the Digital Comics panel (hosted by Word Balloon's John Siuntres) along with amazing dudes like Ryan Browne, Dave Wachter and Denver Brubaker. That should be an awesome hour of discussion. Hope to see you all there.

Unfortunately, I have to cancel my appearance at Cherry Capital Con. Time & budget are kind of making it impossible this year. I promise I'll try to make it next year! Sorry!

I'm gonna be appearing on the Comics Slumber Party podcast real soon, so keep an eye/ear out for that!

Let's make this the best summer ever! 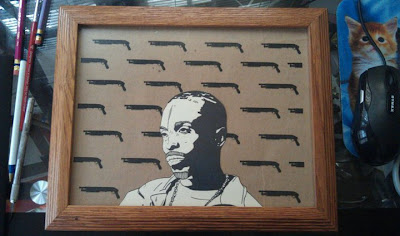 See you this weekend at Motor City Comic Con!

If you haven't heard by now, Paper + Plastick Records (owned and operated by Less Than Jake drummer Vinnie Fiorello) announced on Friday that they will now be doing digital comics through their website/webstore. What they also announced is that one of the launch titles is my new series Kill The Wonderhawks. So if you were wondering what the weird thumbnails I was posting were all about, that'd be it. I'm stoked about the new project and it's been so hard not to spill the beans the past few months as we've been developing it. I'm still getting used to the idea that I'm doing a comic for one of my heroes. It's crazy.

I'm also excited to announce that my artist is none other than my good friend Aaron Pittman. We've been trying hard the past couple years to finally work together again and we're really happy to finally be putting something out. And I can also tell you that the pages he's been sending me are insanely awesome (and insane) and I can't wait for you all to see them. And bringing it all together is Alejandro Rosado coloring it. He's really been making the pages pop and we're happy to have him on the team.

So about the series. Kill The Wonderhawks follows a world-renowned team of (anti)heroes, The Wonderhawks, as they're chased across the country by a colorful cast of gangs, assassins and bounty hunters. While on the run, they come across weird clusters of futuristic Americana and take on jobs and missions for reward money. We took all your favorite 70s and 80s teen team cartoons and did horrible things to them in the name of entertainment. It's got all kinds of crazy stuff like kangaroos, blood, brains, naked Texas rangers, hovercrafts, explosions, etc. and it's been insanely fun to let loose writing it.

The issues will be monthly and range from 10-12 pages, full color. They're free to download in the Paper + Plastick store (in exchange for a tweet or Facebook link promoting it) and will be collected in trades in the near future. The other series from Paper + Plastick include "50 States" and "Exit Interview". The first issue of 50 States in available now in the webstore. The first issue of Kill The Wonderhawks should be launching sometime next week.

I do have to put a warning out there to parents: Kill The Wonderhawks is 100% not kid-friendly. It's very much for mature readers so I advise you don't let the young ones read it. I'm hoping to also have some exciting all-ages related news to announce soon as well and I will be putting a new Great Sandwich Detective issue out this summer. So no worries!

I guess that's it for now. Crazy busy! Head over to the Comic Book Queers podcast (on their website or on iTunes) and check out Ep #144 where Joe Faust interviews me about all things nude Texas lawmen. It's a really funny episode and I'd like to thank Joe again for having me on. And thanks as well to all the comics and music sites that have been covering the announcement.

P.S. Here's the link to the official press release from P+P detailing the other series and giving more info! http://paperandplastick.com/news.php?article_id=370
Posted by Dave at 11:32 PM 1 comment: 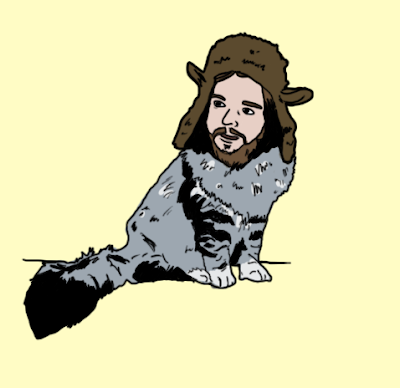 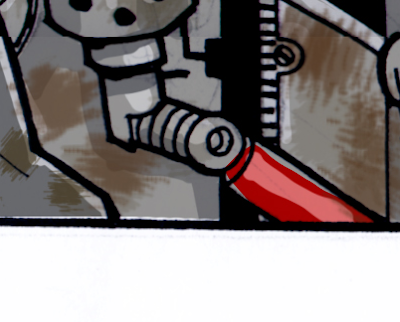