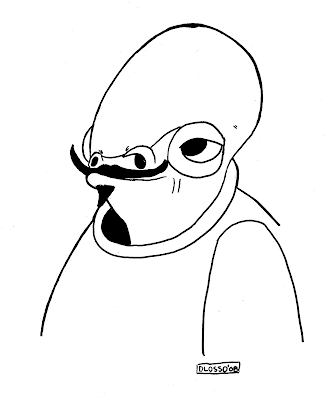 This is just gonna be a quick recap of the weekend. I have sketches to put up as well, but that will probably be tomorrow.

So this was our (Aaron & myself) first Inter-Fan Jam and actually our first real con where we had a table together. Of course, this is the weekend where the entire United States feels the backlash of Hurricane Ike so it's been raining here almost nonstop for the past 4 days. To make a long story short, a lot of streets are blocked off due to flooding, which made it a bitch to get to the Homewood Hotel, which in turn is the reason for the pretty small turnout. That's not to say this con was a bust. We still had a really cool time mingling with self-publishers and seasoned pros alike. It was kind of weird at first cause we were clearly the youngest artists there. To say the least, we got a lot of drawing done. Aaron's about halfway through his pencils for the Amazing Joy Buzzards pinup we're doing and it's looking fucking great. I got some more painting done, which is always fun. We did a lot of networking as well, which was actually the upside of the small turnout, we actually had time to talk to other creators. We of course hooked back up with familiar faces like David and Renee and met some pros like Frank Fosco (Teenage Mutant Ninja Turtles, etc.) and Alex Nino (DC cover artist). Both were really cool guys. It was awesome to be able to talk to these veterans on the same level. I'd also like to thank Frank for the sketch for the food book and the free issue of the Turtles and Alex for his contribution to the food book as well. Other than that, we did some sketches for some people, sold some stuff and had a pretty good time despite the shitty weather conditions. Hopefully things will be brighter next year.

Speaking of the food book. For those of you who don't know, the food book is a sketchbook I've been compiling of drawings of various food items done by an array of comic artists from Erik Larsen to Phil Hester to now Frank Fosco, Alex Nino, and more. I've decided that when it's complete, I'm going to self publish it and sell it to raise money for a charitable organization involving food, most like the Chicago Food Depository. I'm gonna be e-mailing all the guys that have done a piece already about it and I also have permission to include Frank and Alex's drawings as well. So since I'm gonna publish it, I'll probably include a piece and Aaron will as well. I still have a lot of other artists I'd love to include in this (like Art Baltazar, Ethan Van Sciver, etc.). So I will keep everyone updated on that.

As for cons, we've decided to forgo Mid-Ohio Con. Beginning in August, we're gonna pretty much be starting our Wizard World Tour as our publishers (BLIND LUCK COMICS, MOTHAFUCKAS!) are sending us to Wizard Chicago 2009, Wizard Texas 2009, Wizard LA 2010 and Wizard Philadelphia 2010 (as well as the ones after of course), to promote Alex Ghost and the company. So we're looking forward to going away for a weekend every three months to basically draw for 8 hours a day and then get hammered and party with the professionals. We're also looking into some other cons like this one we hear of in Milwaukee as well as Motor City Con. We're also going to be doing a little mini convention in February at the University Park Library, thanks to a very nice woman named Kelley. So we'll of course keep everything updated on the Alex MySpace.

I have a lot of sketches to put up from this weekend (8 hours of sitting around produces A LOT of art) which I will do tomorrow as right now my back hurts (from sleeping on the couch; fuckin' pencillers, buncha primadonnas) and I just wanna lay down and watch some TV or something. So until Part 2, adios mofos.

I did a series of three watercolor prints for Inter-Fan Jam '08 this weekend. I love the way they turned out. I made 20 prints of each, printed in high quality ink and individually numbered on nice card-stock. I think I'm gonna be selling them for like $5 each. If I have any left (and that's a big if, but would be nice), I'll sell em online as well as at Mid-Ohio Con. I made some quick scans of them to put up here. Thanks to my ass scanner, they look a little washed out. Trust me, my scanner doesn't do these puppies justice. Come to Inter-Fan this weekend and see em (and buy em?) in person. 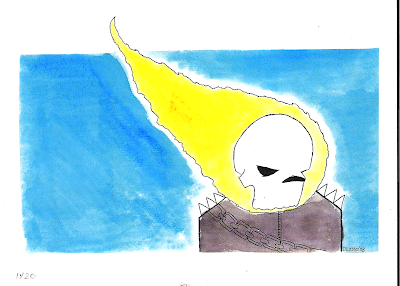 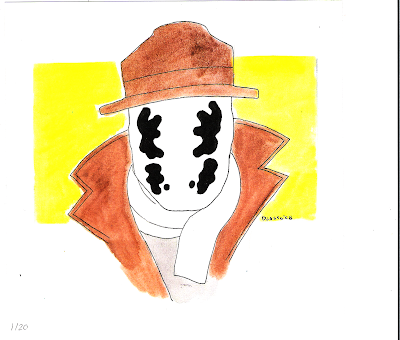 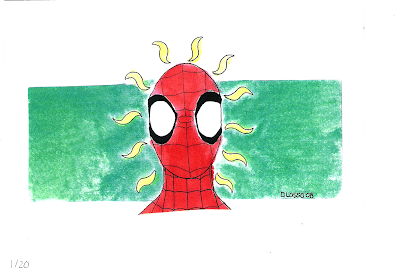 And just for your patience, here are a couple panels from Alex Ghost #1 (just the inks and pencils, we still have to clean it up and color). 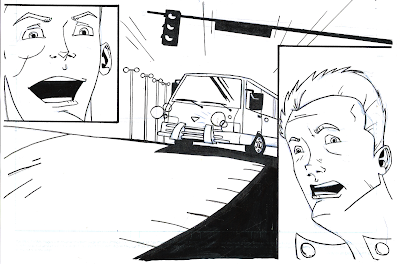 That's all for now folks. See you all at Inter-Fan Jam this weekend. Here's a little info for it:

Peace!
Dave
Posted by Dave at 1:24 PM No comments: