Here are some random drawings from this past Drink N' Draw. 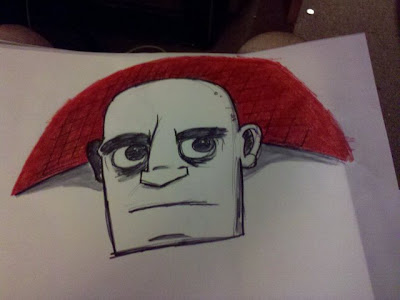 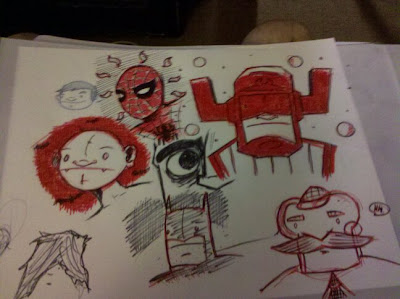 Unfortunately there was a mishap with shipping and my Geekscape print for SDCC did not make it in time. Geekscape will have it up for sale on their site after the con. Sorry for those looking forward it. Damn USPS!

I'm gonna be announcing some really good GSD-related exclusives for Chicago Comic-Con including giveaways and whatnot. So stay tuned for that. I'll have more information about that whole crazy week as things develop!

Unfortunately I will not be attending San Diego Comic-Con this year but you can still pick up some of my artwork. I have an exclusive watercolor print available at Geekscape's booth (#4018). I'm really happy with how it turned out. Definitely stop by Geekscape's booth and say hi to the dudes and pick up a print and check out their brand new shirt designs.

And here's a peek at the print: 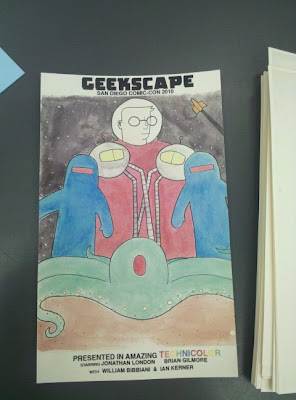 Have fun at SDCC without me! 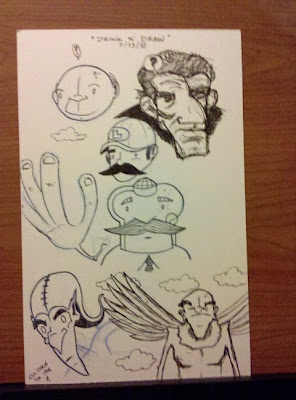 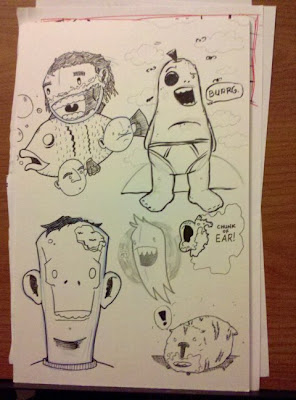 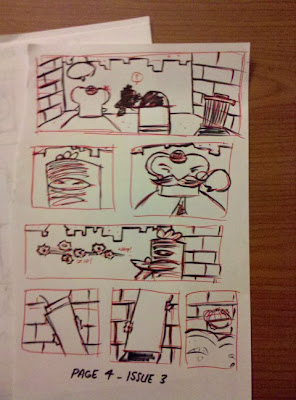 I had a very brief but very awesome time at Zombie Con 2 this past Saturday at The Comic Vault. I met some great people, got to hang out with some familiar faces and more importantly, got to draw some zombies. I have a couple sketches to share: 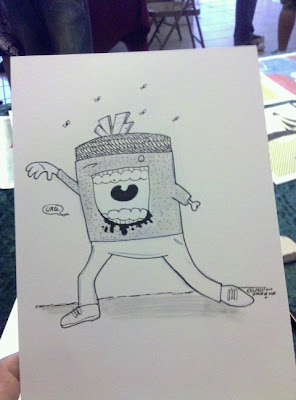 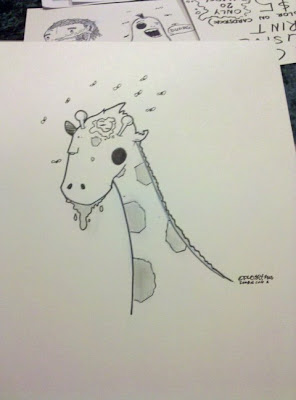 The Comic Vault has officially sold out of both The Great Sandwich Detective Issue #1 and Issue #2. That is absolutely insane. Thank you to everyone who bought a copy. That means the world to me. Please share it with your friends and family and enjoy it. That's why I do the book and I'm happy to see more and more people going out and grabbing a copy. You are all awesome. I'm going to drop off some more copies of Issue #1 this week and I'm placing an order for more copies of Issue #2 tomorrow. So I will replenish The Comic Vault with #2 and also get some copies down to Tenth Planet and Fantasy Books. 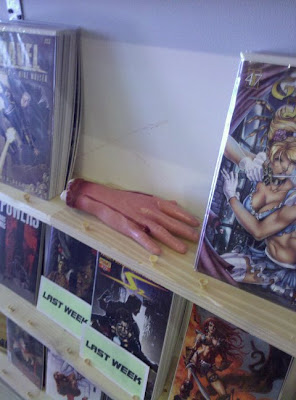 A placeholder until I bring more copies!

Thank you to everyone who also bought a Zombie Con 2 print this weekend. There are still prints available for sale at The Comic Vault. They're only $5 and I only made 20 of them! Here's a picture of the original (the print version has a white border around it and is signed and numbered). 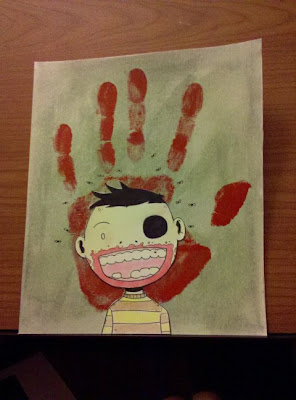 In other awesome news, although I cannot be at San Diego Comic-Con this year, I will still have a print available there. I am doing an SDCC-exclusive print for Geekscape, the greatest geek podcast on Earth. They're going to have a booth there this year with all kinds of great stuff and Jonathan agreed to carry the print. So stop by there throughout the week of the con, pick up a print, smack Gilmore around and have fun. I'll post a picture of the print online tomorrow.

So that's it for now. I'm hard at work on Issue #3. I'm really excited about it. My next scheduled appearance will be August 14th at Monster Island Toys with Frank Fosco, Nino Mesarina and of course Lil' Nino Mesarina. Keep checking back for more announcements and updates and crazy artwork and whatnot.

Had a blast at the X-Men #1 event at Brainstorm today. Thanks to everyone who came out and picked up a print or a variant. I still have some of each print left plus three of my variants are on sale at the store for $20 each. Here's some pictures from today: 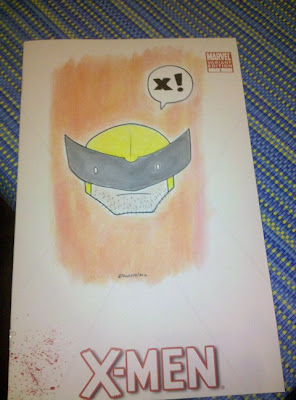 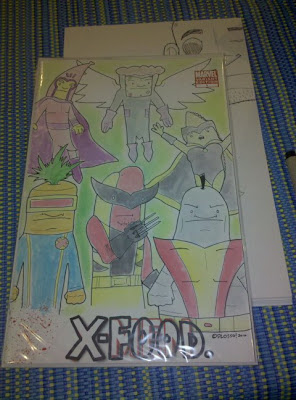 My next appearance will be this Saturday morning/afternoon from 11 AM - 1 PM at The Comic Vault for Zombie Con 2. I will be sketching and signing alongside Hack/Slash creator Tim Seeley. I'll have some limited edition zombie prints for sale. Here's a little preview: 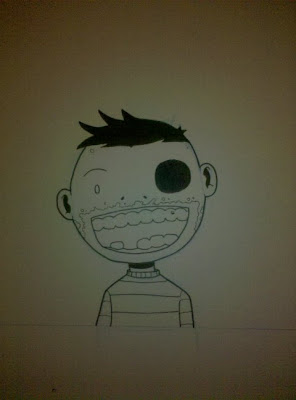 That's it for now. See ya Saturday! 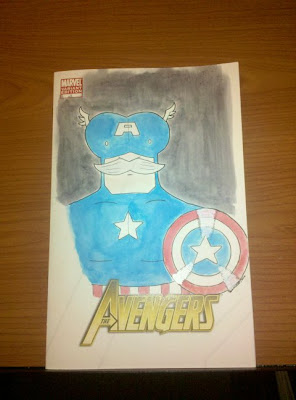 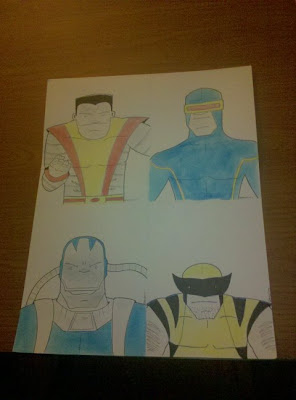 I will be signing at Brainstorm Comics this Thursday from around noon til late at night with some other great artists in celebration of X-Men #1. We will be drawing on blank variants and doing sketches and stuff and there will also be prize giveaways. I will also have sets of X-Men prints for sale.